We all have seen cartoons as a child, and these cartoon characters have made our childhood awesome. Some characters from cartoon shows such as Scooby-Doo, Goku, and many others will forever remain close to our hearts. While watching a cartoon, we mostly get fascinated by their appearances. The aesthetic appeal generated by the character in a particular cartoon shoe is directly proportional to the happiness that children get while watching the show. There are several cartoon characters with curly hair that we have come across over the years.

Princess Merida was born in the Scottish kingdom of Dunbroch. Her parents are King Fergus and Queen Elinor. Merida is one of the bravest princesses in the history of Disney. She wants to defy the years-old custom, but she also cares for her loved ones. Merida is thin and has a pale-colored body with ginger-colored curly hair and blue eyes. Most of the time, Merida is seen wearing a dark green colored gown having golden borders. She also puts on a tiara to keep her hair in place.

Jean was mentored by Professor Charles Xavier, who is an expert telepath. She is a mutant who possesses telepathic and telekinetic powers. She is one of the original X men, and in that group of mutants, Jean is called Marvel Girl. Jean’s costume is green in color. The shades of green in her costume change throughout her character arc. She has reddish-brown colored hair and glowy eyes. In some of her appearances, she is also seen wearing a yellow and green color mixed costume.

Charles Crandall Norbert, also known as Chuckie, is one of the most adorable cartoon characters with curly hair. Chuckie’s appearance changes over the years. He is a fair-skinned guy whose orange curly hair always remains messy. During his childhood period, he used to wear a blue shirt with a Saturn printed on it, and along with that, he is seen wearing diapers and purple square-framed tinted sunglasses. When he grew older, he started wearing baggy green pants with a light blue shirt. Along with that, she used to wear red or white sneakers.

Susie Carmichael has appeared in the TV series called ‘Rugrats.’ She has also appeared in the spin-off series ‘All Grown Up!’. When he first came, Susie was only three years old, and when Susie appears again in the spin-off series, she was shown as a 13 years old girl. She is the arch-rival of Angelica, but she often tries to be friends with her. Susie has a dusky skin tone and big black eyes with longer than usual eyelashes. She ties her brown curly hair in three braids. Most of the time, the character wears a yellow dress with purple prints. Other than that, she wears red-colored shoes with white socks.

Missy’s full name is Melissa Foreman Greenwald. She has three close friends, and they are Jessi, Andrew, and Nick. She is highly emotional as well as intellectual. Missy looks younger than her actual age due to her short height and bony appearance. She has light brown skin and curly dark brown hair on top of her head. Missy is not very fashionable and usually wears a yellow shirt.

On top of that, she puts on a blue overall. Once Missy gets inspired by her cousin’s style statement, she starts wearing dark blue colored jeans with a yellow crop top. She also wears orange earrings with that outfit.

Ginger Foutley is one of the most exciting cartoon characters with curly hair. Almost everyone can relate to this character. She studies in the Lucky Junior school, and this girl craves attention. But when everyone starts noticing her and she becomes famous, she finds it challenging to find the balance between schoolwork and her other duties. The most notable thing about her is the thick curly hair on top of her head. She is also named Ginger because of that. She has a fair skin tone and decent height. Ginger usually wears a t-shirt and pants. On special occasions, she has been seen wearing a skirt.

Otto is an 11 years old enthusiastic young boy who lives with his father and older sister in Ocean Shores. He can drive a bicycle and ride a skateboard effortlessly as he is highly skilled and possesses competitive nature. He captains the Youth League Street hockey team and considers Sam and Twister as his best friends. Otto looks tiny as compared to other boys of his age and has a tanned skin tone. He keeps his auburn-colored curly hair in place by using a headband. He prefers to wear a light yellow colored t-shirt and burgundy colored shorts with basketball shoes.

Gerald Martin Jhonson is a popular character in the TV series called ‘Hey Arnold!’. He works as a tritagonist and also as a deuteragonist. He is in a relationship with Phoebe, and his closest companion is Arnold. He is loyal and cares for his loved ones. He is elected president of his class in his school because of his relaxed attitude. Due to his African American Descendancy, he has afro-styled curly hair. He often wears a red shirt with blue jeans and white-colored high-top sneakers. The number 33 is printed on the back of his shirt.

Sideshow Bob is the stage name of Dr. Robert Undertank Terwilliger Jr. He is one of the widely popular infamous cartoon characters with curly hair who plays the role of the antagonist in the TV show called ‘The Simpsons.’ He has previously worked as a child entertainer under Krusty the Clown. Two of the most notable things about this character are huge feet and red curly hair styled in a palm tree pattern. He looks like any other Simpson character having a yellow-colored body and extensive eyeballs with a long nose and a big mouth. He has several tattoos on his body.

Spike currently works as a bounty hunter, and previously he has worked for the Red Dragon Crime Syndicate. He left the syndicate after falling in love with Julia. Spike is a tall guy who has a slender physique. One of his eyes is a cybernetic eye. The color of his eyes is green, and the false one has a slightly lighter shade. Spike usually wears a blue blazer over a lime yellow shirt. Under that spike wears blue trousers and dark-colored shoes. He smokes relentlessly in the series.

Hank Hill is one of the wisest cartoon characters to appear in the history of television. Hank is the central character of the show called ‘King of the Hill.’ He is pretty tall and slightly overweight. Hank’s skin has a peach, pale-colored tone. This skin pigmentation matches well with his short, curly hair. Overall, hank is a simple-looking guy who wears a white t-shirt with blue denim and brown shoe. Hank is often seen wearing glasses and a watch.

Moana was born in the Motunui village. Sina is her mother, and unlike her mother, she loves to voyage in the seas. Moana saves all the people of the island when Te Ka threatens them. She is a 16 years old girl who has a slender physique. Her skin tone is dusky, and she has brown eyes. Her curly black hair reaches her waist. Her usual outfit is a skirt made up of coconut fiber. To cover her upper body, she wears a red crop top. She also puts on a beaded necklace around her neck.

Miranda is a mean girl who is the best friend of Courtney Gripping in the show ‘As Told by Ginger. Throughout the series, during her several appearances, she has worn various types of clothing. Mostly she is seen wearing a purple-colored dress. One of the most notable things about her character is her curly black hair, and she keeps her hair tied in a ponytail. She also wears accessories such as golden earrings.

Darren Patterson is one of those innocent cartoon characters with curly hair that you can’t hate. Unlike all his family members, who are rigid and strict, he is soft-hearted and shows kindness to almost everyone. When the show first aired, he had pale skin tone and purple-colored hair. After a few episodes, his appearance was changed completely. Now he has dark skin color and brown curly hair.

Butt-head is one of the protagonists of the show called ‘Beavis and Butt-head”, where he is the closest companion of Beavis. He is an average-looking guy with a 5’5” height. He speaks in his nasal voice, and after saying almost everything, he laughs in a particular manner. She donned a yellow t-shirt with an AC/DC logo and red-colored shorts most of the time. He seldom wears a Metallica t-shirt. He has curly brown hair on top of his head, which is one of the signature traits of his character.

Emporio Ivankov, popularly known as Iva, holds the queen’s position in the Kamabakka Kingdom. He was also known as ‘Okama King.’ Previously he has escaped from the Impel Down prison. He sports an indigo-colored afro hairstyle with his curly hair, which is so large that a person can easily fit inside it. He usually puts on a purple-colored woman’s dress and looks more like a woman puts on heavy makeup. Jolly Roger is tattooed right under his chest.

Grundulla is one of the ugliest cartoon characters created in history. She is fat and has chocolate-colored skin. She is often seen wearing an old green colored sleeveless gown. The gown is torn in several parts from the bottom and also near his breasts. She has black beady eyes and ginger-colored curly hair which reaches up to his shoulder.

Reggie is the sister of Otto. This 12-year-old girl is the only female member of Team Rocket. She is also known as the rocket girl in the Reggie Rocket series. She is mainly seen wearing baggy clothes. Reggie prefers to wear a purple-colored t-shirt that has the Rocket Boards logo on it. Under that, she wears oversized trousers which has camouflage prints on them. Her outfit is incomplete without her signature red shoes and blue sunglasses with a red border.

Tip Tucci is the central figure of the show called ‘Home.’ Her mother is Lucy Tucci. This brave girl, who is also intelligent, lives in New York City with her mother. She has a dark skin tone and brown colored medium-length hair. Her green glowy eyes make him look super cute. She loves to wear casual clothing and is often seen wearing an orange hoodie over a striped tee. Under that, she wears blue denim jeans and maroon sneakers.

Deku’s real name is Izuku Midoriya, who studies in the U.A. High School in class 1-A. Due to his rightfulness and sense of justice, he manages to catch the superhero’s attention; All Might. Deku is short compared to the other boys of his age. He has a fair skin tone along with green curly messy hair. His eyes are green in color. In the beginning, he was very skinny, but once he started training under All Might, he started getting stronger. As a school student, he wears his school uniform, a grey blazer, a white shirt, and dark green pants. A red tie is also part of the costume. His hero costume is green in color, and he also wears a mask to hide his identity. 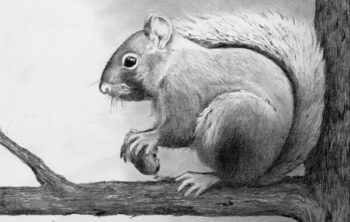 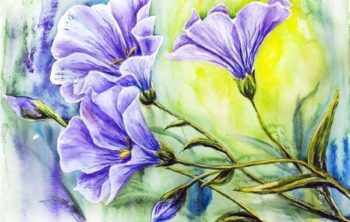