Probably, there is none of us who did not grow up watching funny cartoons. You might know Scooby-Doo, Tom and Jerry, Simpson, Mickey Mouse, and countless other cartoon characters who entertained you throughout your childhood days. All these cartoon characters are created with a lot of hard work and dedication for the audience of all ages. Both children and adults enjoy watching animated series and movies. Viewers identify cartoon characters through their particular physical attributes and unique characteristics. Some famous cartoon characters with big noses have found a perpetual place in our hearts and will continue to reign over the world of cartoons.

This article will present you with 15 amazing cartoons with big noses that were a part of your childhood and still linger in your memories. The list of all these characters might even excite you to watch some of the cartoons again. So, without any further ado, let us look at the list of the characters with big noses.

Mr. Bean, the Animated series is based on the British sitcom with the same name. The animated series revolves around four central characters Mr. Bean himself, his teddy, Irma Gobb, his love interest, and Mrs. Wicket, his landlady. Mr. Bean is one of the very famous cartoon characters with big noses. He always wears his trademark brown tweed jacket along with a red tie. Mr. Bean seldom speaks, and when he does, he utters mumbled words. The unusual ways of performing usual everyday tasks are what attract viewers to this animated series. It is never mentioned whether Bean is an extraterrestrial being or not.

Among all the SpongeBob Squarepants cartoon series characters, Squidward Tentacles became popular and made this list of famous cartoon characters with big noses. He lives with SpongeBob on Easter Island. Painting self-portraits and creating music with Clarinet are his favorite hobbies. Though he has the word ‘Squid’ in his name, he is an Octopus with a bulbous head, and his pupils are made rectangular in the show. The character is designed as a grumpy old neighbor of the main character, SpongeBob.

SpongeBob Squarepants is the central character of the cartoon series with the same name. Being a yellow sponge with a large nose and blue eyes, he lives with his aquatic friends. A white shirt, brown shorts, and a red tie are his attire. Spongebob’s character is full of enthusiasm, and His life’s biggest aim is to earn a boat driving license. He loves catching jellyfish in his free time. In the show, his best friend is a starfish named Patrick Star. He also owns a pet named Gary, who makes cat sounds.

Whenever famous cartoon characters with big noses are mentioned, Bily is one of the cartoon characters that come to our mind. Billy lives in Endsville. His best friends in the show are Grim Reaper and Mandy. Billy has a larger than usual pink nose and orange-ginger-colored hair. He often donned a white t-shirt with blue stripes along with blue jeans. Billy often gets into trouble due to his low IQ and curiosity. The character loves to spend time with the Grim Reaper and Mandy and is always ready to do anything for them.

Mr. Burns is a character from the very famous animated television series The Simpsons. His full name is Charles Montgomery Plantagenet Schicklgruber “Monty” Burns. He often fulfills the role of a villain who creates some problems in Simpson’s life. The character only wants to increase the amount of wealth in his possession, just like a stereotypical American Corporate worker. He often forgets his employees’ names. The favorite expression of this character is the word Excellent which he uttered in a low, sinister voice.

Captain K’nuckles is the mentor figure to the show’s main character called The Marvelous Misadventures of Flapjack. He lives along with Flapjack; his father figures a whale called Bubble in Stormalong Harbour. All three characters search for the candied Island. Captain K’nuckles is an old Irish Captain. He loves to have a nap at any point of the day. Candies are his first love, and he can do anything to get candies. Most of his body is made up of wood. He tells Flapjack stories about past adventures.

Phineas lives with his mother, stepfather, and stepbrother, Ferb, who is also his best friend. Phineas in the show is an intelligent boy with a creative mind. The face of Phineas Flynn is designed in the shape of a triangle. So the nose of the character automatically becomes long. It is done to make the character look funny and easy to draw. In the show, To get rid of boredom, he and Ferb design toys, restaurant management that children do not usually perform. The characters designed their plans while sitting in their backyard.

The cartoon character is one of the two protagonists from the show with the same name. Ferb Fletcher belongs to an English family, currently living in the American city of Danville. His parents and two step-siblings, Phineas and Candace Flynn are his constant companions. Ferb pretends to be shy, but he is very courageous. His nose is quite extensive, and his big round eyes are the two most notable features in the face. He can stay calm in desperate situations.

Goofy is a cartoon character created by the great Walt Disney. The character is a dog and a close friend of Mickey Mouse and Donald Duck. Most of the time, Goofy is sported as clumsy and hopeless. But in some cases, he uses his brain to do something uniquely and eccentrically. Goofy has a unique physical appearance with two big teeth, a long pink nose, and long ears. He wears an orange turtleneck t-shirt, a black waistcoat, and blue jeans.

Dick Dastardly plays the role of an anti-hero in several animated series created by Hanna Barbera Productions. He mostly appeared in the TV series Wacky Races. In this series, he plays the role of a driver who participates in races to come first. The name of his car is ‘The Mean Machine,’ and the number of the car is 00. Though he planned to win every race, he failed to do so on every single occasion. His face is partially visible, and to create the criminal look, the illustrators have designed the nose a little longer than average. He wears a blue overcoat with red gloves and keeps a mustache.

Nigel Archibald Thornberry appears in almost every episode of the show called The Wild Thornberrys. He is 47 years old, and he has devoted all his life to wild animals. He laughs wholeheartedly. The red hair and a bushy mustache, and a big nose make this character look distinctive. Also, being the show’s narrator, he will do anything to save the life of his wife and daughter. The character in the show often wears a khaki shirt and green shorts.

The character ‘The Little Man’ in the Pink Panther cartoon was officially renamed later as ‘Big Nose’ because of the large nose. The character is mainly presented as an antagonist. Sometimes he is just a bystander, and in most of the episodes, he ends up being the target of Pink Panther’s mischievous acts. The character doesn’t speak as the show, in general, has little to no dialogues. Most of the time, the little man wears nothing, but sometimes he wears costumes according to character needs.

Hugh Neutron is a tall man with a long nose. Over that long nose, his glasses balance perfectly. Both his hair color and eye color are brown. He prefers to do things in his life in his way due to his quirky sides. He often forgets things in his life. He loves two things very much: pies and ducks. The character mainly appears in the Jimmy Neutron franchise, where he is a fatherly figure to Jimmy.

Heinz Doofenshmirtz, known as Dr. Doofenshmirtz, is a 47 years old evil scientist from Drusselstein. He mainly works in an office building but to make sure his plan works. The character wants to wreak havoc in the entire Tri-State Area. Though he is dedicated to his work, all his plans failed miserably due to his enemy Perry the Platypus. The scientist has coconut-shaped brown hair on top of his head, round eyes, and a larger than a typical nose.

In 2010, Disney released an animated film called Tangled. The movie has a unique character called Big Nose Thug. As the name suggests, the character has a large nose. In the film, among all the Pub Thugs, he is the most beautiful. He always wants to find the love of his life who will see his inner beauty. The character also sees only the beautiful sides of everything due to his romantic nature.

This article about famous cartoon characters with big noses is meant to revive your childhood memories. Even now, a trip down the memory lanes can offer you a refreshing experience.  The funny cartoon characters with large noses not only provide us entertainment but also give us some fundamental lessons of life to progress and live happily. Whenever you feel sad in your life, watch your favorite cartoon; who knows, this might bring a smile back to your face. 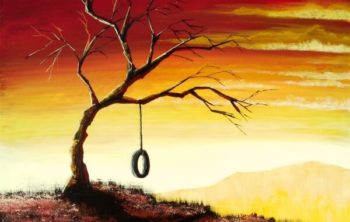 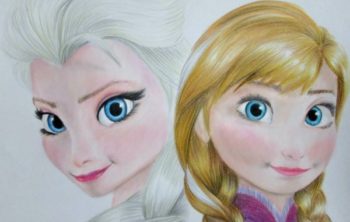 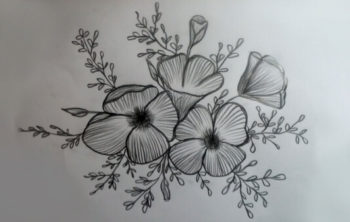